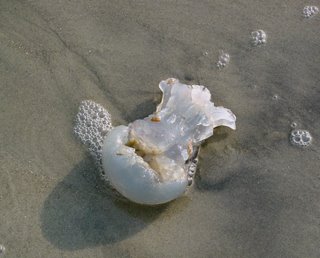 As the glaciers melt, making Greenland green, as scientists make pigs produce Salmon fat, our leaders continue to show the spine of jellyfish.


As CEOs, those not in court or jail, jetison ethics, their corporations accelerate Global Ruin. "Nothing in Moderation" is the cry of the Oil execs, the Car manufacturers, and most damning of all, the U.S. Consumer and the envious politicos of the developing nations.


Conservation is in eclipse. The socialist ideal of comfort and care for all is in eclipse. Peace has been eclipsed by the Bush war, by the 21st Century Crusade and the clash of the titan fundamentalisms. Sanity is in eclipse: and the Zone of Totality is a place of fearsome darkness... 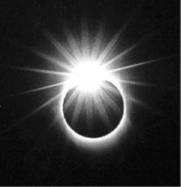 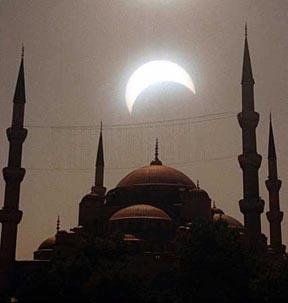 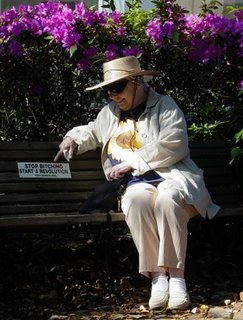 Like Epicurus, I hide out in whatever garden I can find, knowing that it is deteriorating faster than the fading azaleas. But for now, we head to New Orleans, hanging garden on the edge of the Abyss.. 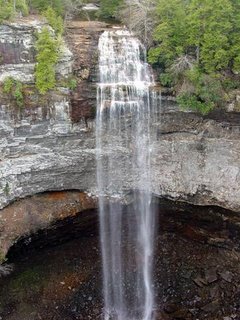 As we passed over the hills of the Cumberland Plateau, I thought of Ireland.
Sinead O'Connor's voice and the green of approaching spring enhanced the picture. The lake of Fall Creek lay before us like Innisfree. Cumberland: Hadrian's Wall, Castlerigg, the Lake District we explored exactly a decade ago come to mind.

We had returned from New York City. From Spamalot. From the demon mind of Joe Orton-- Alec Baldwin entertaining Sloane right before our eyes. Evil Priss!

Therapy-- the upper westside gay bar-- left us sick on cosmos after Brokeback crashed. Riding over Cumberland, we could not recall how we made it back to the hotel, ten blocks of midnight Manhattan unaccounted for-- nor how my glasses wound up in the hall.

Better to recall Sartre's mistress Simone de Beauvoir's affair with Nelson Algren. A Transatlantic Liason of fifteen years, including trips to Chicago, Mexico, Paris, New York. Better to recall their climb to the top of the Pyramid of the Sun, my climb there in Teotihuacan three decades ago. How relationships are enhanced by other relationships-- De Beauvoir's insight.


We are soaring over the Cumberland plateau as the countryside gives more healing than antibiotics. The ducks' quacking eclipses Jack's hacking. Our neices pucker their gift of red wax lips. We hike along the gorge, glimpsing a waterfall as high as the Empire State Building.

Empire State Bldg from our window
Photo: Jameson
Romanticism wins over cynicism, for now. The way up and the way down are the same, Heraclitus claims. The Tao crosses Cumberland.

...and leads to St. Patrick's Day in Savannah; then to the Ocean, to Saint Simon's Island, South of Cumberland Isle.

Jameson
Posted by Jack Miller at Monday, March 13, 2006 No comments: