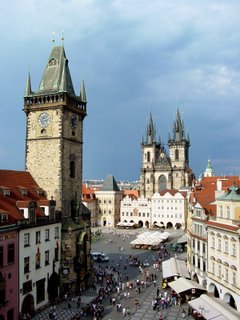 performance tonight transported me to the 18th Century and the universe of Amadeus Mozart. For a moment I sat again in The Theatre of the Estates in Prague where Darryl and I heard Don Giovanni from our private box.

The Atlanta Symphony's celebration of Mozart's 250th birthday was a success: The soon-to-be-abandoned hall filled to capacity. I was fortunate to have front row center seat in the balcony, nothing between me and the music.

It is wonderful that in our world of non-stop noise, terrorism, violence, and nervous energy, there is a person who can play the music of Mozart with such brilliance and perfection. Koveacevich was born in 1940, and yet he can still command every note of two different piano concertos, the 24th and the 25th. It was sublime to experience such harmony.


--Jameson
Posted by Jack Miller at Saturday, January 28, 2006 No comments: Links to this post

Why is Jack Twist beaten to death in Brokeback Mountain? The answer that it's because he's gay is inadequate. Plenty of gay men, even in Texas, got by on the sly or by secret relationship, without getting killed. By the time of his death, it is the '80s. Gay rights were on the upswing, even in Texas. 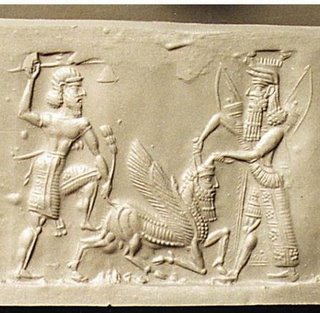 
This story conveys something else. It is Ennis' refusal to accept Jack's love, the most passionate love he knows, that ultimately kills Jack. In a way, it kills Ennis as well. He is left alone, bereft, holding his true love only in memory. His grief and Jack's death are heartbreaking.

The number of reviews of this film is staggering. Most of them have nothing but praise for the film, for Ang Lee, and for the actors, all of them. The most repeated point is that this is a universal love story rather than a gay cowboy film.

The film is also about the kind of deep abiding bond between men that writers have praised since the time of Gilgamesh, or of Plato and Aristotle. The death of Gerald in D.H. Lawrence's Women In Love is a similar tragedy. Birkin, despite his happy marriage, is left weeping, "He should have loved me. I offered him." Sexual or not, explicit or implicit, love between men is also a universal need.

The truth of this film challenges the prudish view that homosexuality is a sin. Here it is the denial of genuine love that is the sin that brings on the tragic end. "Love is a force of Nature," the ads for the film claim. Such love as this film portrays is as sacred as anything we know. To deny it is morally wrong. Trying to deny it only brings misery and loss to everyone involved.

A number of commentators have pointed out how American this film is. It is the culmination of feelings and revelations that go back to Melville, Whitman, and Mark Twain. It reveals the kind of love Abraham Lincoln felt for Joshua Speed (again, whether sexual or not). Our culture, obsessed with material possession, superficial success, and a narrow understanding of family, has lost touch with our rich heritage. How fascinating it is that this "Western" set in Wyoming, should so hearken back to the heart of Western Culture, from the literature of Homer to the history of Alexander to the Calamus poems of Walt Whitman.

More than all of this, the film is such a fine work of art that it touches us in ways we shall continue to discover. It is ineffable, beyond mere description. Like the blinding of Oedipus, it lets us see into recesses of the psyche we could not see otherwise. It will provoke thought and feelings for many years to come.

--Jameson
Posted by Jack Miller at Wednesday, January 18, 2006 No comments: Links to this post 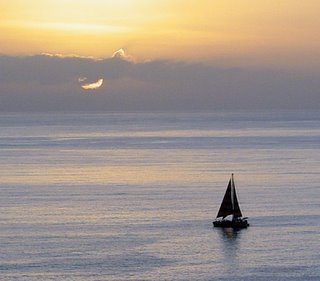 Afloat on the peaceful Pacific
Photo by Jameson

Aloha,
and Happy, Enlightened 2006 from Hawaii.

Biography
Dr. Miller holds a Ph.D. in Philosophy from Tulane University and a Masters Degree in Library and Information Management from Emory University. He has served as Director of the Library and teacher of Philosophy and Computer Science since joining the BFA Faculty in 1992. Dr. Miller also serves on the Board of Directors of the Clifton Corridor Transportation Management Association (CCTMA) of which BFA is a founding member. Miller has worked in numerous libraries in Atlanta and Savannah, including Director of the High Museum Library and Supervisor of the Ola Wyeth Library branch in Savannah. He has served on the faculty of Tulane University, Armstrong Atlantic University,The Savannah College of Art and Design, and the Atlanta College of Art. He has published numerous articles and reviews and served as an editor for the national publication of The Art Library Society of North America.

Posted by Jack Miller at Sunday, January 01, 2006 No comments: Links to this post