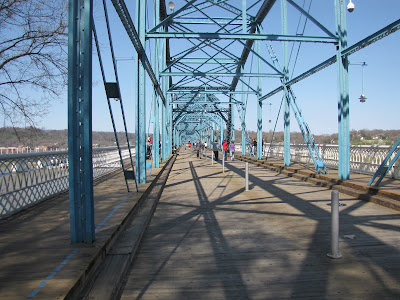 Posted by Jack Miller at Sunday, March 13, 2011 No comments: Links to this post

The review below of the film is as much about Ginsberg, himself, as the film, which is why I like it so much...
Colin Carman
Howl
Directed by Rab Epstein
& Jeffrey Friedman
Werc Werk Works Production

“I’M COMING thru a stage of puberty and new horizons are opening up. ... I am no longer bored by life in general because of my extra-curricular activities. I haven’t the time to be bored.” The author of this diary entry from 1941 is the famed American poet Allen Ginsberg who, at the tender age of fourteen, vowed to never be bored, or boring, again. When Time profiled the writer and his circle in 1959, the magazine mocked the 33-year-old poet as that “recognized leader of the pack of oddballs who celebrate booze, dope, sex, and despair and who go by the name of beatniks.” “Howl,” Ginsberg’s landmark poem and preface to the Beat generation, has been called a lot of things since its publication in 1956—radical, visionary, vulgar—but the one thing it’s not is boring.

Neither is Howl the movie, co-written and co-directed by Oscar-winning documentarians Rob Epstein and Jeffrey Friedman (The Celluloid Closet), which opened last year’s Sundance Film Festival and stars James Franco as the counter-cultural icon. The film is a composite of three interlocking narratives: a candid interview with the writer on the genesis of both his poem and his proud homosexuality; an incantatory reading of “Howl” at the Six Gallery in San Francisco in the fall of 1955 (with Jack Kerouac and Ginsberg’s sexual muse, Neal Cassady, in attendance); and animations by art director Eric Drooker, whose hallucinatory renderings of the poem’s “angelheaded hipsters” and “saintly motorcyclists” breathe new life into Ginsberg’s lines. There are kaleidoscopic visions of copulating couples, saxophones that shoot fire, and a graphic representation of what Ginsberg called the “heterosexual dollar” in which the pyramidal eye on the dollar bill explodes into scenes of childbirth and fellatio. This triptych makes Howl less of a biopic than a genre that scarcely exists on the big screen: a “lit flick,” an explication de texte, a work of literary exegesis on film.

Recreating the 1957 obscenity trial of Lawrence Ferlinghetti for publishing Howl and Other Poems, Epstein and Friedman stage a veritable round-robin of name actors: David Strathairn for the prosecution and Mad Men’s Jon Hamm for the defense, along with Treat Williams, Jeff Daniels, and Mary-Louise Parker as witnesses who either defend or deny the poem’s artistic merit. Then there’s Franco, a surprising choice to play Ginsberg, spurring Vanity Fair (Oct. 20, 2010) to quip: “I saw the best movies of my generation destroyed by miscasting.” Franco’s goyish glamour is indeed distracting—he’s a veteran of the “Spider-Man” franchise and a Gucci model—but he faithfully captures the poet’s north Jersey accent as he beds Jon Prescott (as Cassady) and Aaron Tveit (as Peter Orlovsky, Ginsberg’s lifelong partner) with all the playful tenderness that defined the poet’s persona. Not your typical leading man, Franco recently appeared in drag on the cover of Candy, a magazine devoted to what it calls “transversal,” and in 2008 he played Scott Smith to Sean Penn’s Harvey Milk. Coincidentally, Franco is enrolled in a writing program at Columbia University, Ginsberg’s alma mater (from which he was suspended in 1945). He told The New York Times (Sept. 12, 2010): “I’d have the little book with me, and I’d listen to him, and I’d just read along with him to just ingrain that voice in my head.”

Howl poignantly explores the writer’s irrepressible need to shock. Ginsberg, after all, went to incredible lengths never to bore his lovers or his listeners. When a heckler at a reading in Los Angeles in 1957 shouted “What are you trying to prove?”, the author exclaimed “Nakedness!” and promptly disrobed on stage. Howl the film examines this impulse from a more personal angle, giving us those excruciating moments when Ginsberg’s dirty jokes fell flat in front of his first loves, Kerouac and Cassady. Catching up with the two after the road trip that inspired Kerouac’s On the Road, Ginsberg spent what biographer Jane Kramer called in Allen Ginsberg in America (1969) an “awkward month” with the pair, feeling every bit the “lonely college boy who needed love ... and a lot of attention.” Howl the film undresses that need, suggesting that nakedness in both its physical and verbal forms was Ginsberg’s idea of perfection. The film’s most revealing moment comes at the end when the poet, fixing himself a cup of tea and reflecting on the cultural movement he defiantly inspired, tells his interviewer that “Howl” is not the “promotion of homosexuality” it was perceived to be, but a promotion of honesty more generally. “When people are frank about homosexuality in public, it breaks the ice,” says Franco in a fake-looking beard, “then people are free to be frank about anything, and that’s socially useful.”

Colin Carman, PhD, is a frequent contributor to this magazine, and teaches English literature at Colorado Mountain College.


Posted by Jack Miller at Monday, March 07, 2011 No comments: Links to this post

Red Book
From Egypt's and the North Africa/Middle-East's uprisings and revolution to Carnival and Mardi Gras in such cities as Rio, Sydney, Venice, and New Orleans, the quest for primal unity and Dionysian ecstasy coincides this year with the arrival of springtime and the approach of the Vernal Equinox. A Tidal Wave is arising from the Collective Unconscious. 2011 is becoming a year of upheaval.
Last night I watched the Jung themed episode of the UK version of Skins in which key character Tony fucks his  beautiful Jungian Anima and finds wholeness for himself and his loved ones. It is a remarkable 46 minutes as full of meaning and rich symbolism as Jung's Man and his Symbols.
(I know this is hard to believe- I was amazed)
(Watch it yourself-- though you won't know a few details.)

http://watch-skins-online.com/skins-uk-season-2-episode-6-tony/ (click)
There is a new film soon to appear about Jung and Freud-- A Dangerous Method
If it generates new interest in Jung, so much the better, though I wonder how much it will expand over the provocative relationship the 30-year-old Jung had with his creative, voluptuous 18- year- old patient Sabina.
Today, I have read about Octavio Paz and reviewed material on Marx and the existentialists, especially Sartre.  Along with Simone De Beauvoir, they all write of the alienation and dread the modern world has brought. Here is the heart of what is amiss in the world and that Jung recognized so well-- We have been cut off from the essence of life, we are cut off from nature ecologically, from life by our meaningless jobs or our need for money, from one another ethnically, from our collective unconscious wholeness by our lost and competitive egos. We crave festivals, drunkenness, drugs, oblivion to remove the alienation and loneliness of life in a materialistic world ruled by greed and war.
Such has been our condition since the industrial age, worsening in the emptiness of the Eisenhower years and the wrong-headed war in Viet Nam. The Beats, Ginsberg, Kerouac, poets, song writers, artists have all seen the alienation and spent their lives trying to reconnect us with our holistic center, our Buddha Natures, Our beatitude. It takes art, poetry and music to bring us to our authenticity. And I still wonder whether it is possible to go beyond isolated communes of awareness, little gardens of Epicurean wisdom, to an expanded state of global consciousness that will save us from our doom.
For now, for the first week of March, a glass of champagne, Michael Cunningham's new novel, and ten glorious days with no obligations other than a hike in the woods along the trails of Cloudland Canyon.
Here is a fascinating Audio of an interview with Jungians. (CLICK)

Posted by Jack Miller at Friday, March 04, 2011 No comments: Links to this post